History of the Güell family 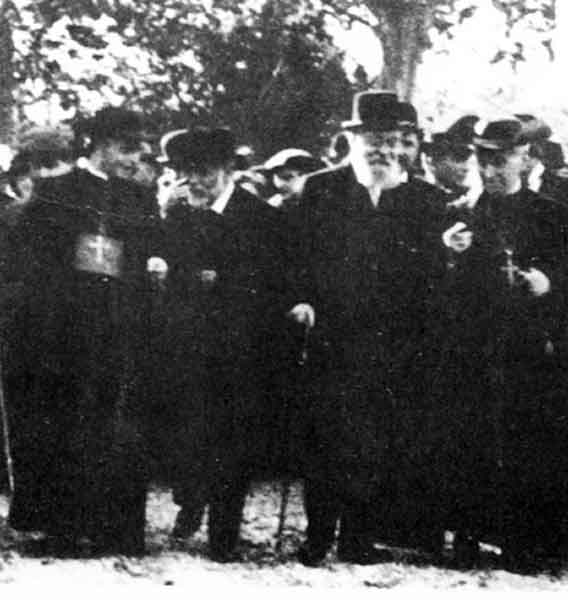 His father was Joan Güell i Ferrer (1800-1872), born in Torredembarra, an "indiano" who made an enormous fortune in Cuba and developed various industries on his return in Barcelona. In 1840, he founded El Vapor Vell factory in Sants, and got the sole right for the manufacture of velveteen in Spain. His mother was rancesca Bacigalupi I Dolcet, from a Genoese family settled in the condal city since the late XVIII century, who died at giving birth to Eusebi.

As well as his father, he created new companies in the most promising sectors of the time. Due to his family situation, he was able to study Law, Economy and Applied Sciences in Barcelona, France and England. He associated with Ferran Alsina, and they both started a velveteen factory, situated in Santa Coloma de Cervelló, basis for the future Güell Colony (1891). In 1901, he founded the Asland Pavement and Portland General Company (Castellar de n´Hug) and was advisor in some of his family in law´s companies, such as Hispano-Colonial Bank, Plillipines Tobacco Company, Spanish Transatlantic Company or Spanish North Iron Roads Company. He was also involved, with Count de Romanones´family in the Spanish Rif Mines Company, where his son, Antoni Güell López was vice president.
He was involved in politics and wide cultural areas. In 1875 he was elected city councillor of Barcelona, in 1878 province representative and he was also Kingdom senator. Due to his love to Catalan culture, he was president of the "Jocs Florals" (1900) and Member of the Saint George Royal Catalan Academy of Fine Arts, as well as president of the "Català" Centre. He also sponsored the "Associació Catalanista d'Excursions Científicas, and the periodic publication "La Renaixensa". He published various books on diverse disciplines, translated to many languages – it is worth mentioning his scientific work "L'immunité par les leucomaïnes (1886) – and he was a fairly acceptable drawer and watercolorist.<

In 1878 he met Gaudí, after admiring a showcase for the Comella glove factory that the architect was exhibiting in the Paris Universal Exhibiition.

A long friendship and a productive professional relationship started then, since the industrialist was the architect´s major patron. Owing to this, his name is known all over the world, with works as the Güell Colony Crypt, the Güell Palace, the Wine Cellars Güell.
In 1871 he married the Marquis of Comillas´eldest daughter, Luisa Isabel López Bru (1851-1924), with whom he had ten children: Isabel, Maria Lluïsa, Joan Antoni, Maaria Cristina, Eusebi, Claudi, Santiago, Francesca, Josefina and Mercè.
In 1908, King Alfonso XIII appointed Eusebi Güell Count Güell, for his contribution to the economical growth of Spain. He also appointed Güell`s youngest sons Viscount and Baron. In thanks for this, they passed the Royal Palace of Pedralbes, an old family state, to the monarchy.
Eusebi Güell died on July 8th, 1918 in his Güell Park house (Barcelona), at 72.

Update Required To play the media you will need to either update your browser to a recent version or update your Flash plugin.
© 2011 CGR. View portfolio